And happy 6th Day of Christmas.

In a newsletter I sent out a couple of weeks ago, I was promoting a show I produce and perform in, called 'The Princesses of Pop'. It is a fully costumed all-ages show paying tribute to Lady Gaga, Rihanna and Katy Perry. A friend of mine, who is a keen music fan and supporter, often passes on my newsletter to his mailing lists to give me extra promo. This time he gets a caustic reply from one of his muso mailees. Along the lines of... (Ok, I'm copying and pasting here, so this is EXACTLY what he said with name deleted to protect the innocent):

'Supporting and promoting a cover band of US mass marketed talentless artistes. I didn't think you would sink to such subterranean depths - SHAME, xx, SHAME' 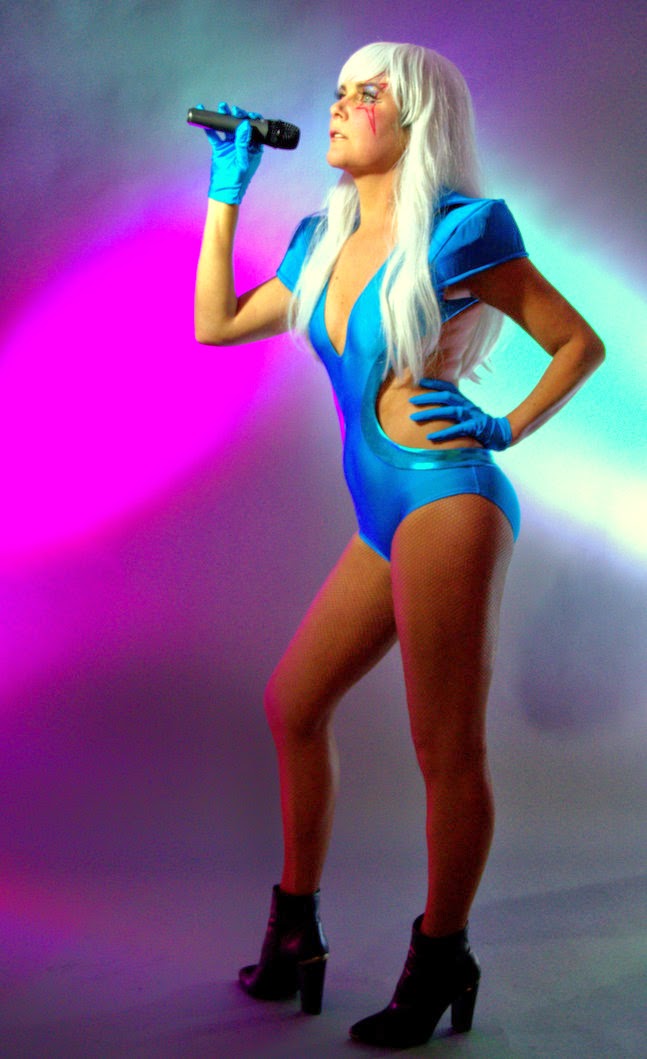 Really? I know tribute shows aren't necessarily considered cool, but personally I think 'cool' is terribly overrated and I've always known I've had no cool to lose! To be honest, since first putting this show together, I've been waiting for some kind of backlash. As a friend of mine said recently, the trouble with the music business is often the musicians - they're just too cool for their own good. And there's nothing wrong with wanting to play only the music you love and deem to be 'cool' but if you want to be in the 'music', or even, gasp, 'entertainment' business, then sometimes you have to look outside yourself.

Anyway, the 'talentless artiste' I am 'mimicking' in this show is Lady Gaga. The more of her concerts I watch and the more songs I listen to, the more respect I have for her. She's brought outrageousness back to Pop where it belongs and has many beautifully crafted, irresistibly catchy pop songs that she sings with a strong, rich, properly-trained voice - and anyway, 'pop' stands for 'popular' right? Maybe more cool muso types would like her if she were playing at the Sando...

Have a Shameless new year everyone!
xAmanda
Posted by Unknown at 12:51 PM No comments:

Rehearsal - not for professionals?

When I first left my 'real' job to become a singer, I spent a lot more time rehearsing than I did performing in public. In my very first band, we would rehearse at least twice every week, for gigs that were few and far between. Now, warning bells peal if I get a call to work with a band that 'rehearses regularly'. 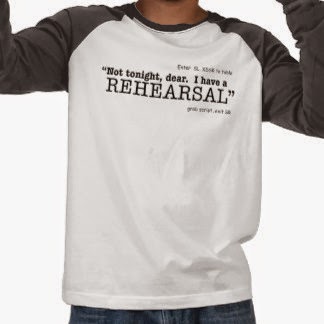 Now don't get me wrong, thank goodness I spent all those hours holed up in musty studios all those years ago - it's invaluable time that helps hone the craft. But when you turn professional you rarely have that luxury. Getting a group of pro musicians in the one room at the one time is difficult unless you're prepared to pay them. I probably prepare and practise more for gigs now than I ever did in those early days, but now those neural pathways are mostly forged on my own time. The rehearsal studio is the venue where all the hopefully well-practised pieces of songs come together - it's all about the polishing and the buffing.

I made the mistake once of agreeing to join a band who rehearsed every Tuesday night. I loved the concept of the band, so I jumped in. The band leader sent me a list of songs and the date and venue of the first rehearsal, so I spent some hours getting the repertoire down. I try to aim for about 80% of the final product for a rehearsal - I want to be really familiar with the melody and have the lyrics and form charted out but leave a bit of room to move for changes that invariably happen during the first run-throughs. The band leader called the first song on this first Tuesday and the guitarist asked how many bars were in the intro. Then the bass player asked if it was a single or double chorus. The piano player asked me to sing the melody of the verse so he could work it out. The drummer said 'I haven't really listened to this but I think I've heard it on the radio.' I should have listened to those bells.

See you next time,
Amanda
www.amandaeaston.com

Posted by Unknown at 7:21 PM No comments: